By all means bring your personality, but leave your ego at the door 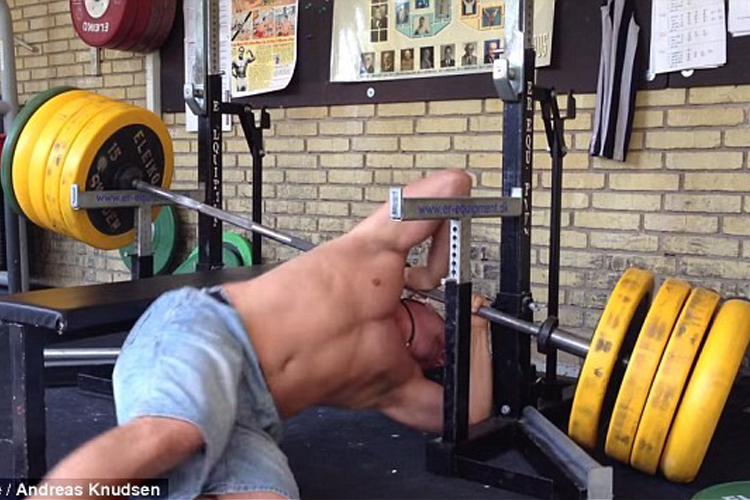 You will often find that the gym is comparable to a watering hole on the African plains. Whether male, female, a gym newbie or an old bull, we come together to push iron in perfect harmony – most of the time. Of course, this is until the gym door swings open – enter – your native “ego-lifter”. For the inflated ego has no place in the gym, and the lifters who arrive engulfed by their own do not intend to abide by the rules of the jungle, which ultimately leads to unwanted attention, risk of injury and minimal gains.

While there are many insightful quotes around KORU gym, this blog is in reference to “By all means bring your personality, but leave your ego at the door”. If you are unsure as to whom I am referring, here are some tell-tale signs of their presence in your gym.

By definition, ‘ego-lifting’ is the act of pushing too much weight with poor form to impress friends, experienced lifters, or even a potential mate. Having seen videos online they may choose to load every plate in the gym onto the leg press, despite sporting the slender lower body of an antelope. After 15 minutes of recovery and some status updates it’s time to move on to the deadlift. After adjusting his knee straps, elbow straps, wrist straps, wireless Beats by Dre and clinching a belt to its tightest notch, he is ready to load up an impossible lift. He proceeds to psych himself up before heaving the weight from the floor with a back as curved as a Volkswagen Beetle, slipping a disk in the spine of everyone who happens to catch a glimpse of the dangerous form. And if you missed the spectacle, you will have certainly heard the weight crashing back down as he returns to full erected height to fist bump his entourage, and stand proudly by his stack like a lion with its prey.

Meanwhile, the rest of the gym waits patiently for the attempted alpha display to come to an end so they can make use of the area, only to realise he has already fled the scene with a slight limp and potential Instagram likes PB – which means it’s your job to unload their plates. Not only is this mistake frustrating for everybody in the gym, overloading the bar on big compound lifts such as the deadlift, squat and shoulder press is a great way to cause injury, sometimes irreversible.

It is also likely you have heard the battle cry of an ego-lifter. Despite your noise-cancelling headphones you may have noticed a gratuitous groan or agonising scream echoing throughout the gym. Whilst I have no qualms with exerting sound while lifting heavy weights, and there is scientific research which proves that a grunt of sorts can increase the force you exert, it is best to make sure it is justified. For point of reference, Eddie ‘The Beast’ Hall recently axel pressed 190kg and pulled a 500kg deadlift – all without making a sound – which means an ego-lifter can probably finish their last set of bicep curls without mimicking a deflating paddling pool or sounding like they are going to war.

Lastly, after completing his fifth arms session of the week with a final super-mega-pyramid-drop-set, the ego-lifter is done. He slams the dumbbells from height with a disregard of the busy gym-floor or the manager who looks on in dismay awaiting the damage report.

With a sense of self-worth and an almighty pump he leaves his weights strewn across the free-weights section, with the latest ministry of sound album drowning out the moans of gym-goers who are forced to clear up the mess. He gathers his things, beats his chest, adds three scoops of mass-gainer to his shake and exits the gym suffering from immense imaginary-lat-syndrome.

The gym community can be a wonderful place where people come together for everyone’s benefit, if certain rules are followed, and people opt for efficient training and focus on form and progression over attention and Instagram followers.

Remember, at KORU there is always someone just around the corner who warms up with your max, so it’s best to leave your ego at your door. With great weight, comes great responsibility.